Read the personal stories of 25 of our graduates: how hypnotherapy helped them personally and professionally. Click here to read more..

The first level of exploration begins with the most visible level of consciousness: our projections. What we project onto others on a daily basis, we unconsciously project from our  deepest, darkest shadow parts.

The parts I don't like about myself are referred to as disowned parts of myself. These are the shadow parts that hide and can often be easily seen by others in our life. However, we are often wearing blindfolds and are the last to see them. We mostly see the effects of their presence (like breadcrumbs dropped on a trail) and we are left wondering how those crumbs got there and who left them.

And the shadow forms an archetypal alliance (called an autonomous complex) in order to become more powerful, with the intention of creating a better defense against being hurt, betrayed, abandoned or neglected. Sometimes “the best defense is an offense”, and so my autonomous complex is much more powerful than me, the ego. And more difficult to see because it lives not in the 10% of the conscious mind, and not even in the deeper 90% of the subconscious, but it swims in the depths of the ocean of the unconscious!

Sometimes when it senses danger this autonomous complex takes over, making choices like a tyrant. Think of a sudden rage or jealous pique. Or it can become very seductive, and often manages to get its way. Think of the moment of caving in to the lure of those cookies that are really not on the current food plan. Let’s face it: it is more powerful than I am, especially when hidden within the deepest darkest recesses, swimming frantically around and sometimes drowning in the dark ocean within. Being invisible – denied, rationalized, sublimated, repressed – actually allows it to expand like bread dough, filled with yeast and placed in the dark oven.

The ego is threatened by the presence of something within that is actually more powerful than I am. One way to deal with the threat is to project it out onto the world or someone in the world. Then I can fool myself by thinking, “Oh, it’s you, not me!” Then I can dislike you, judge you and attempt to change you instead of being forced to judge me and facing the task of changing myself. Now there is a serious downside to this tactic. In performing this sleight of hand, I have transferred not only the unacceptable part of myself to you, but also the power. I’ve made you more powerful than me. That’s not acceptable either, of course, so now I must do battle with you.

As we grow through life, experiencing life’s painful double binds, most often we create false selves in order not to feel the deep and at times unbearable pain. Thankfully we learn to dissociate as a way to numb out and pretend that we are normal. Young humans learn to create a cardboard cutout of who we are “supposed” to be. A very creative way to eliminate the pain that cannot be tolerated, and to still play the part of the culturally accepted role we’ve been assigned.

We have constructed many false selves,  and projected them out onto others, often those closest to us. These false selves, these cardboard cutouts, these shadow parts gain more and more strength! As the projected, disowned parts of ourselves gain momentum, they actually begin to take us over! This is when these shadow parts join the imaginal, archetypal realms that live within. This, then is when I experience you as more powerful than me!

I really don’t like this shadow part of myself and so, I want to change it. So when I see it projected onto you, I can judge you as well as myself, and want you to change. And now we I insist that you need to be different! I want to change you because I want you to be less powerful.

I feel uncomfortable when I’m not dealing with you, but instead with the projection I’ve unconsciously placed upon you. In fact, it is interesting how we humans often attract into our lives the exact players who will act out these shadow parts of ourselves so that we can become the director of the play. Or rather it appears that we are the director!

An example of this in our recent training group was with two women who had been close friends through several classes together. They have a Master Mind group consisting of three women and had a request by a man to join them. As they spoke about this, they each began to get “triggered” by the other. Before they knew it, they were raising their voices, breathing heavily and the first woman, we’ll call her Sarah,  finally jumped up and ran out of the room, crying and went to find the teacher. The teacher used the Wellness shadow clearing process that is excellent to uncover these hidden projected shadow parts of ourselves.

It turns out that they both had mothers who were similar in not being able to listen to their feelings and in fact rejecting them for expressing anything other than compliance. Sarah’s mother would leave the room and not talk to her for days if she was crying or expressing feelings. A shadow part developed in Sarah that believed, “My feelings don’t matter, therefore, I don’t matter.” And “If I express my feelings, I will be abandoned.” The decision she made was to physically and emotionally withdraw and later, to rebel and fight back.

The second woman, call her Marjorie, had been sexually abused by a man that her mother had brought into their household and eventually married. When she told her mother about the sexual abuse, she was not believed and in fact she was  rejected by her mother for “lying.” The conclusion Marjorie made about herself was, “I am worthless.” The decision about how to behave was to reject the other person, withdrawing or fighting back.

These early age conclusions and decisions create the shadow parts that live within all of us. They are like blind spots in our rear view mirror. When a car pulls into our blind spot and we don’t see it, there is likely to be a crash. In the same way, most people are unaware of these shadow parts within themselves and can suddenly crash into the blind spot or shadows of others. As mentioned above, it is uncanny how we attract the exact people we need to reflect to us our own hidden shadow parts.

So these two women attracted each other to play out their shadow parts for each other. As it turned out, their mothers were very similar in rejecting, even punishing them for speaking out or expressing their feelings. Also, the circumstance of one woman wanting to bring in a man to join their group, replicated Marjorie’s experience of her mother bringing a man into the home that molested her.

Their autonomous complexes were mirroring each other and continuing to trigger them. A safe group, like the one they were in, provides the tools necessary to see these complexes more clearly and to return one’s behavioral choices to the rational ego self.

The existential question now becomes, how do I discern the personal from the archetypal? How can I see my own shadow parts that are in my blind spots, and that are experts at hiding from me, the supposed driver of the vehicle? After all, the defenses have actually become so deeply internalized that we often can’t differentiate between our true essence and the actors we’ve hired (autonomous complexes) to become the main characters in our play.

The essence of this discovery process lies in the ability to go beyond the small conscious mind, into the subconscious mind and then ultimately into the vastness of the unconscious. Carl Jung and others become our guides as we navigate deeper and deeper. Regression hypnotherapy provides the navigation system and the spiritual grounding that keeps it safely contained. The defenses which served us well initially, in the midst of abuse and trauma, have become deeply embedded in our very nervous system. The initial primordial defense reactions of fight, flight, or freeze eventually become calcified or crystalized into rigid false response patterns that we call shock. And each autonomous complex, when activated, resets the nervous system to its particular habitual default setting. For example, the one who bursts into rage is attuned to an activated sympathetic dominance (fight or flight). The one who cowers, hides and goes blank activates parasympathetic dominance (freeze).

The shock is deeply stored within the nervous system, both the sympathetic and parasympathetic aspects of it. It is here when the crystalized shock is formed and stored in order to protect the fragile, innocent child. To recognize shadows and autonomous complexes, one needs to find a way to descend into the hitherto unknown workings of the defenses that operate on “auto pilot”, and the embedded shock system. The hypnotic trance state is ideal for this exploration, providing relaxation of our everyday defenses and opening our awareness beyond the limits of our everyday perception. We can trace defensive reactivity to its source; we can associate somatic experiences like tension, pain, or pressure with their underlying emotions; and we can interrupt habitual “auto pilot” patterns with conscious intention.

How does healing occur? We have found that the groundwork for this profound self-discovery process can be laid down in individual Heart-Centered Hypnotherapy sessions. However, the deeper transpersonal work is most effective when experienced in a group. Our shadowy parts are often only brought to life by interaction with others, when we can begin to recognize our shadows that we have projected onto them. Then we can do the work necessary to bring them to our own consciousness and to have benefit of being witnessed by others. This, of course, requires a setting where we feel safe, free of judgment, and encouraged to liberate our own true essence from the social and personal conditioning that has reinforced reliance on the now-unnecessary defenses and acceptance of the habituated shock in our nervous system. 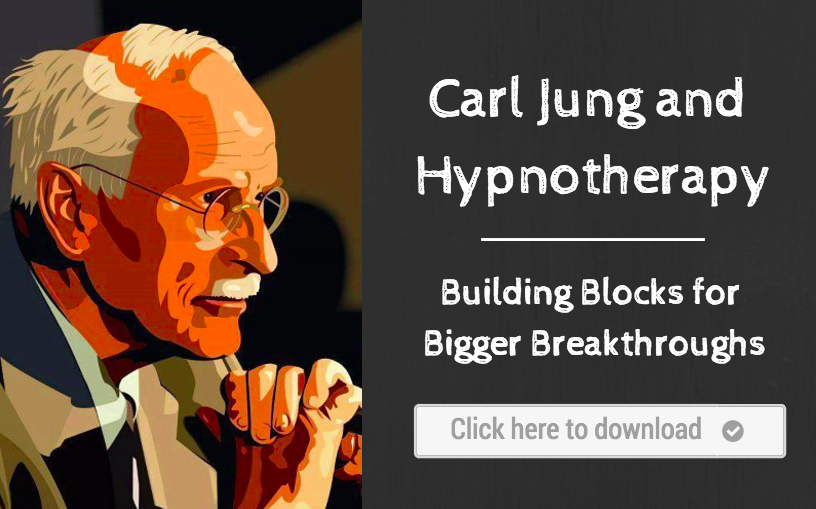 Provide your email to get these blogs in your inbox:

Want to access the members-only area of the Heart-Centered Therapies Association?

Just enter your email below. Use the same email you registered with Wellness Institute. If you used the right email, you will be logged in and able to see the members-only content.